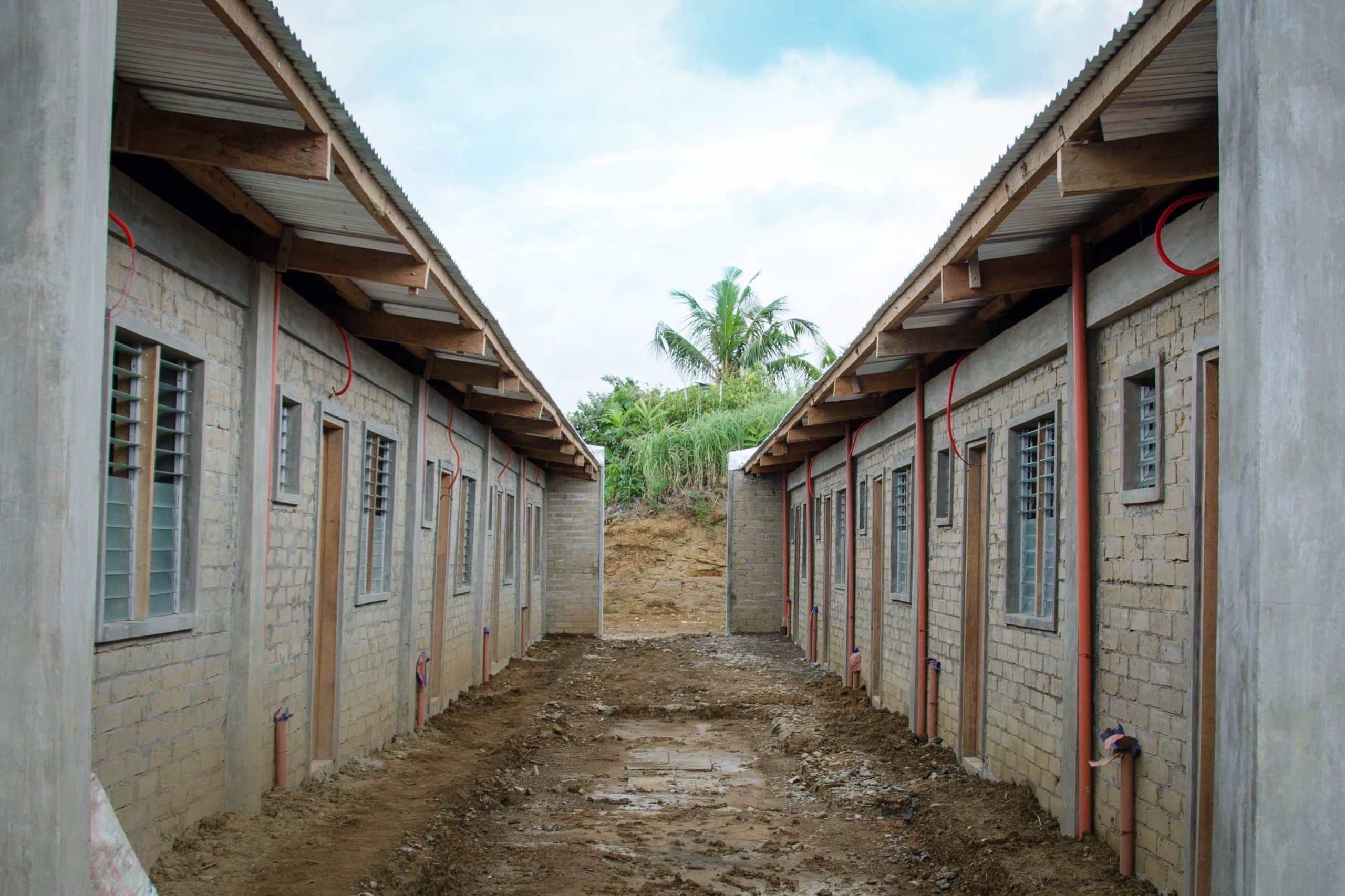 In February of 2014, GlobalMedic transported the IMPACT 2001A to Tacloban. This machine compresses soil into compressed earth blocks (CEBs) that GlobalMedic has used in the building of homes and storm shelters. These homes are permanent structures that are typhoon, flood, fire and earthquake resistant.

To ensure community involvement, GlobalMedic trained 40 local labourers on how to operate the machine, as well as on well rehabilitation and construction. Alongside GlobalMedic volunteers, these community members produced 100s of blocks daily that were used in the construction of some of their own homes.

The IMPACT 2001A is a machine designed and produced in the United States. A group of our volunteers were sent to Texas to learn the operation and maintenance of the machine, and were then deployed to Tacloban to oversee the training of the locals hired to make the blocks.

This project was an incredible success on many levels. More than building 36 permanent homes for families, the CEB project employed more than 40 local workers, and helped train a group of young men in new skills. This project became a hub of activity for the entire community and was a morale booster to all involved.